DPGM is using three of its mail handling units in New York, Chicago and Los Angeles for Amazon shipments to more than 200 export destinations worldwide. With this alliance, DPGM now handles the vast majority of Amazon's global package deliveries. Seven percent of Amazon's sales, or about $56 million in revenue, come from exports.

All three of Deutsche Post Global Mail's processing centers receive mail daily from Amazon's fulfillment centers in Delaware, Nevada, Kansas and Kentucky. Packages are sorted by priority shipments, which leave centers within 24 hours; or standard shipments, which leave within 48 hours and then go to one of Deutsche Post Global Mail's 10 delivery regions.

As a result of this new, regionalized shipping method, transit times are half of what they were, and shipping costs are up to 35 percent less for customers, according to Amazon. In addition, music, movie and software products can now be sent overseas via standard shipping, an option not previously available. The majority of packages are now shipped through Deutsche Post, while other carriers are used less often.

“We used to look at the world as one place,” said Margaret Dawson, a spokeswoman for Amazon, Seattle. “Whether you were in Canada or Australia or Johannesburg, your international rates were the same, which is obviously not a transportation or geographic reality. [Regionalized shipping] offers a much better reflection of the realistic transport costs.”

The two firms are using state-of-the-art electronic communication, allowing both companies' computer systems to communicate seamlessly. They also are developing an advanced order tracking system to provide customers with more information on their mail shipments.

“Deutsche Post Global Mail has the infrastructure we demand as well as a global network and worldwide reach. Plus, they brought to the table three years' experience of successfully working with Amazon in Germany and throughout Europe,” said Cayce Roy, vice president of transportation at Amazon.

Nobody loves press releases more than the rich-media advertising industry. It seems that almost every ad campaign is… 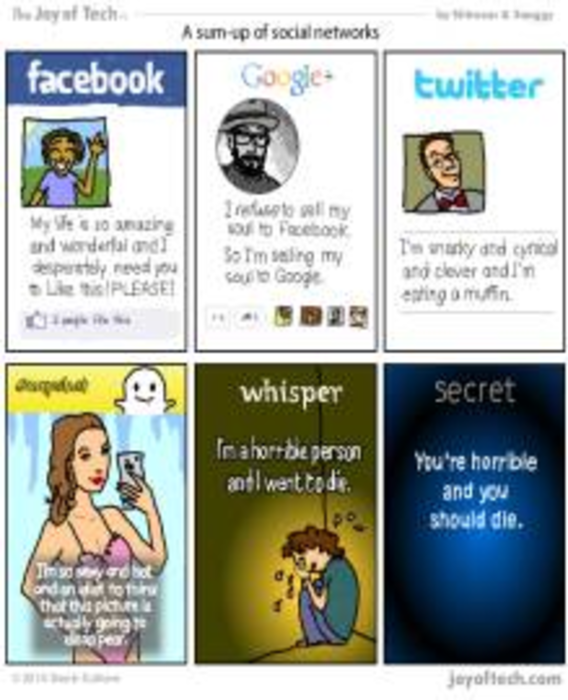 Comic: The easiest way to explain every social media network

What does it mean to be on a social media network? Nitrozac and Snaggy at Joy of Tech…

Google to acquire Postini for $625 million