I have had many conversations about ad blockers with people in the advertising industry and have often come away thinking they’re either deluded or promoting wishful thinking.

It’s not that people are being dishonest, it’s that is easy to convince oneself that the problems is temporary and fixable – that some ads are bad and when they’re fixed, people will remove their ad blockers en masse because they realize the value exchange publishers require to run their operations.

But that’s very unlikely. Over 200 million people have ad blockers and some – perhaps many – will never remove them. Also, there is no conceivable scenario where all ads are suddenly good. What is a good ad and a bad ad is in the eye of the beholder.

“The goose might be cooked here,” says Patrick Hopf, president and co-founder at ad tech company SourceKnowledge. “What can you hope for? The industry cleans itself up and the ads are less intrusive, but what are you going to do? Ask 200 million people to disengage from their ad blocker?”

Ad blockers allow website visitors to control which ads they see and don’t see.  Users can block all ads or whitelist certain domains. Why would they do this?

Because the ad industry has increasingly pushed units that blocked  content, capturing an unnecessary amount of data, or otherwise annoyed users and distracted from the content the visited the website to see.

AdBlock Plus recently did a joint research project with HubSpot, querying 1,055 online users and asking specific questions of 731 people who have enabled ad blockers.

Few of the results were surprising to anyone who has spent time on the Internet. The most annoying (to 73% of people) were pop-up ads and 91% said online ads were more annoying or intrusive today than previously.

“[Most of our users] always say the same thing: it’s the usability and annoyance factor,” says Ben Williams, head of operations and communication at AdBlock Plus.

“The number one ad that that people hate is the one that blocks content,” says Alanna Gombert, SVP technology and ad operations at the Interactive Ad Bureau (IAB). “If users have a negative ad experience, they’re not going to be pleased.”

While there are certainly some ad blocker users that want to shut off all ads and won’t think about the consequences, many more understand the value they need to provide to publishers, but will not do so at a detriment to their user experience.

Some ad blockers — like AdBlock Plus – have some sites ands ads white listed as the default. According to AdBlock Plus, only 10% of users switch the default to block all ads.

So while the ad blocking movement undoubtedly makes publishers very nervous, it’s not as if all users will refuse to view any ads.

Publishers basically have three options in its fight against unseen ads. They can appeal directly to users to white list them (with or without changing their ads), they can build tech to confuse ad blockers, or they can partner with the ad blockers to get themselves whitelisted. Below, we look at all three.

Publishers can try to  appeal directly to their readers about the need for ad support. Wired published a piece “How Wired Is Going to Handle Ad Blocking” where it asked users to add Wired to their ad blocker whitelist, or pay for an ad free site. But Wired has not released results of its experiment and few have been vocal about their own efforts.

The IAB, for its part, provides publishers with ad blocking detection scripts so they are able to serve up messaging, asking users to turn off their ad blockers or white list the site.

“Step one for publishers is to have a conversation with users about what does it mean to have ad-supported content,” Gombert says. “People don’t necessarily think that ‘yes, ads pay for this.’ ”

The HubSpot survey found 30% of people using ad blockers would turn off the ad blocker to read content on a site that was blocking access and only 15% of ad blocker users in that survey said they didn’t care how publishers make money, which would imply that they would resist ever removing their ad blocker, even if all ads were “good.”

This is good news for the publishers and the IAB, which is encouraging publishers to bring the ad blocking conversation to a personal level.

That’s one way the industry can induce readers to allow ads through. Another way, technologically speaking, is to create server-to-server integration between publisher and advertiser. The publisher site would be serving the ads and thus the ad content would look much like any image or video on the page. Ad blockers would need to modify the way that they detect ads to block them.

Facebook did something similar this past week when it found a way to exempt itself from AdBlock Plus, which led to a cat- and mouse-game between the two.

“With Server-to-server, publishers will have to rebuild their pages and rebuild their code – a lot of technical stuff,” says SourceKnowledge’s Hopf. “Some of the smaller publishers won’t be able to afford doing it.”

But appealing to consumers won’t help if they like your web site, but you are running obtrusive or data- and bandwidth-hogging ads.

The advertising and publishing world may not love ad blockers, but all signs point towards needing to work with them in order to reach consumers.

Part of AdBlock Plus’ plan to eliminate bad ads is to actively work with advertisers to develop “good” ads.

“We are definitely coming closer together,” says AdBlock Plus’ Williams. “There are good ads out there. By no means do we want to vilify the publishers and advertisers.”

Publishers or advertisers can submit ads for approval in AdBlock Plus’ whitelist. For larger publishers, it charges for this pleasure; Google was rumored to have paid $25 million for whitelisting. This obviously left AdBlock Plus open to criticism. To counter this, it published a statement on its “About Us” page about how it makes money.

We receive some donations from our users, but our main source of revenue comes as part of the Acceptable Ads initiative. Larger entities pay a licensing fee for the whitelisting services requested and provided to them (90% of the licences (sic) are granted for free, to smaller entities). It should be noted that the Acceptable Ads criteria must be met independent of the consideration for payments. If the criteria are not met, whitelisting is impossible.

Here are some details regarding the fees:

Only large entities have to pay. We qualify an entity as large when it gains more than 10 million additional ad impressions per month due to participation in the Acceptable Ads initiative.

For these entities, our licensing fee normally represents 30 percent of the additional revenue created by whitelisting its acceptable ads.

AdBlock Plus is also considering the formation of a cross-industry board, filled with people from publishers, advertisers, tech companies, and nonprofits and privacy organizations that represent the users.

This raises the question if all the work AdBlock Plus is doing to improve ads will render itself irrelevant.

“If all ads were good, people would stop downloading ad blockers and the problem would solve itself,” AdBlock Plus’ Williams says, while pointing out that people have been complaining about ads for as long as the Internet has been around and yet the advertising world still hasn’t fixed everything.

“I don’t think we’ll see that day in the near future,” Williams says. “There will always be a lot of bad ads.”

There are obviously people who will not turn off their ad blockers no matter what, avoiding even sites they love. In an odd way, SourceKnowledge’s Hopf says, ad blockers can be a positive trend to save money for their clients.

“Our point of view on this is that there is a percentage of users on the Internet that are completely blind to ads or against that,” Hopf says. “We don’t want to serve to people ads who are going to dismiss them because we’re ROI-based people.”

Customer loyalty: The gift that keeps on giving

Ah, the holiday season. A joyful time for all. Or is it? For consumers and retailers alike, the… 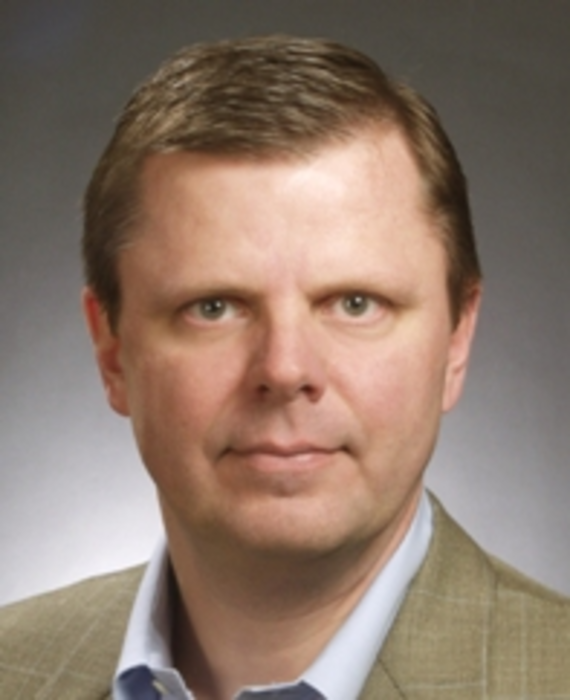 Virtualization has come roaring to the forefront of the IT world. Its numerous benefits have been well-documented: added…

Cartoon: Now You Track Me, Now You Don’t