U.S. online shoppers have no plans to stop purchasing in-store. In fact, according to a study on “seamless retailing” by Accenture, nearly one quarter of respondents (21%) plan to increase in-store shopping—up from 9% the previous year. However, 40% say that retailers need to improve their in-store shopping experience, compared to only 16% who say the same about online retailers.

The study findings also suggest that respondents are increasingly blending on- and offline shopping experiences. About one fifth (19%) of the 750 shoppers surveyed are buying online and picking up the item(s) in-store, an increase over the 12% who said they used that service in the 2012 survey. Similarly, 14% are buying in-store but having the product shipped to their home, versus 7% in 2012. Whether buying in-store or online, free delivery is king; 57% of respondents cited it as the most important delivery option, as compared to 23% who would rather pay a nominal fee for next-day delivery.

One related area of opportunity for retailers, the survey suggests, is to provide real-time information on product availability; 89% of respondents say they would make a purchase in-store or online if they had access to that information.

Although concerns about showrooming remain among many retailers, the growth is in “webrooming” (browsing online but purchasing in-store), according to the study. Seventy-eight percent of U.S. shoppers surveyed webroomed, compared to 72% who showroomed. This was true for all categories except groceries, the study found. For example, 48% of respondents webroomed for consumer electronics purchases, versus 39% in the 2012 survey; 35% did the same for home improvement purchases, compared to 25% in 2012.

Not surprisingly, 51% of respondents expect retailers’ offerings to be consistent across channels, up from 43% in 2012. Additionally, 69% expect prices to be the same and 57% expect promotions to be the same across channels. However, few respondents found their cross-channel experiences to be consistent. For example, only 32% say they were able to earn and use loyalty points across channels. And 31% of shoppers surveyed say they believe that they’ll get a better price online, up from 21% in 2012.

According to Chris Donnelly, global managing director of Accenture’s Retail practice, delivering a seamless experience across touchpoints remains challenging for retailers, but is also an area of opportunity. “Those retailers able to integrate the physical store with the rest of their digital capabilities, and who also use analytics to support new models of customer engagement and personalized service,” he said in a release about the study, “can gain a true competitive advantage.”

Lands' End Inc. is selling custom-made chinos via its Web site, according to reports. After entering measurements at…

The Bloomingdale's By Mail catalog and macys.com businesses will officially operate under their respective namesake divisions starting next… 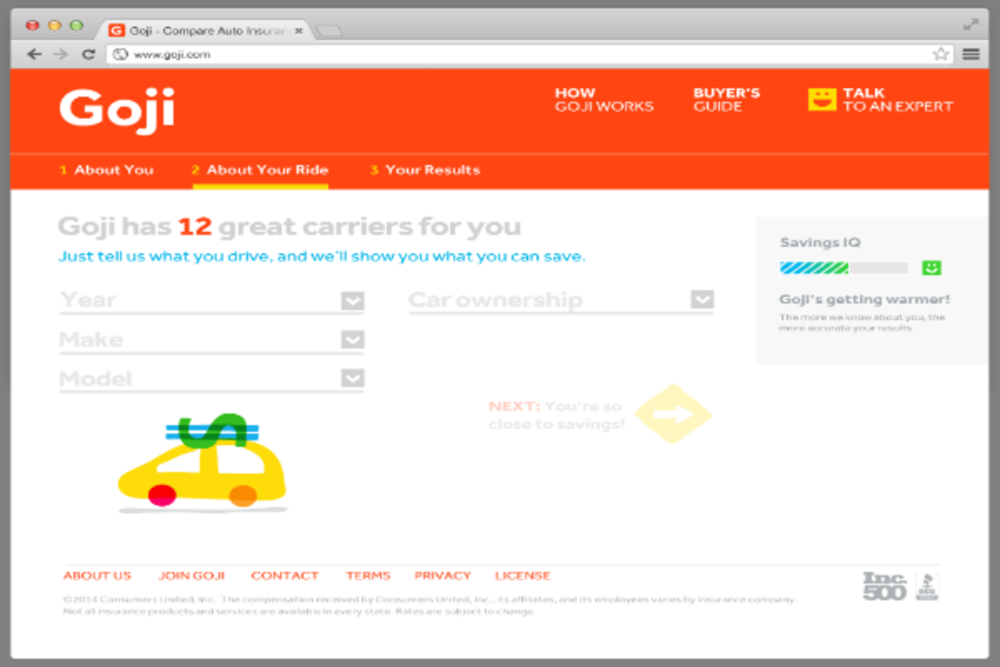 Every day, Goji buys thousands of leads from various vendors that cost anywhere from $1 to $10 a…