The claims made at Openworld—not least by Executive Chairman and CTO Larry Ellison and co-CEO Mark V. Hurd (below right)—were bold, brash, and attention-getting. Ellison said we’re experiencing “a generational shift in computing no less important than our shift to personal computing.” Hurd told us that Oracle’s entire software portfolio has been rewritten for the cloud (“98 percent” anyway). “We will lead a decade long transition to the cloud,” he said.

Hurd also had some bold predictions for the future. By 2027, he said:

In other words, he was coming down heavily on one side of the big suite versus multiple independent solutions debate: one of the winning suites, of course, he expects to be Oracle—the other, he’s not saying.

It’s worth noting, by the way, that Oracle—and in particular Oracle Marketing Cloud—doesn’t consider itself to be a monolithic suite offering in the style of Adobe or Salesforce. At a roundtable in New York in October, Rebecca Kaykas-Wolf, Director of Product Marketing for the Oracle Marketing Cloud, told me: “We’ve specifically gone to market embracing an open eco-system. Yes, there is a differentiation [from the big marketing cloud competitors]. We’re in the business of making sure we offer best of breed components for core inhouse marketing functions. In order to solve for the complexity of a customer journey [involving you own and third party data] you need integration partners—because no one system will do all of that.”

But what does the Oracle Marketing Cloud look like in practice for its customers? That’s one question I was well-positioned to get answered at Openworld.

To learn about how an enterprise scale marketing suite can change life for a traditional, relatively small business, I sat down with a team from T.H. March, the London-based jewelry insurance broker. Established in 1887, the company has an office in Ely Place, just a step from Hatton Garden, for nearly 150 years the center of the UK diamond trade. It has six offices, just over 100 employees, and arranges about 30 million GBP of insurance per year.

Managing Director Neil McFarlane, Chairman Mark Smith, and COO/Finance Director Andrew Alcock were vocal about the benefits of modernizing the business, which—perhaps surprisingly—has a growing B2C as well as a long-established B2B component. They’re not only insuring something like 50 to 60 percent of UK jewelers; they’re also insuring individual items for those jewelers’ customers, often referred to them by the jewelers themselves. They needed to find a way to engage with these customers.

“About five years ago, I had a Eureka moment at an Eloqua seminar,” said McFarlane (this was before Eloqua was acquired by Oracle). He saw the need for a CRM system, as well as a modernized approach to lead scoring and nurturing. The company had already made some breaks with tradition, updating its website and establishing the first online purchasing capability in the industry, but—according to Smith—there was a need to “future-proof the business.” Business was by no means bad, but “life moves on.”

In May 2014, the team held a “beauty parade of the usual suspects,” as Alcock described it. “We were completely blown away by what Oracle demonstrated.” The result was a global deal covering marketing, sales, customer service, and social. For sales, Oracle’s CRM offering “did all the heavy lifting for us,” said Alcock. Field representatives use tablets access up-to-date, centralized information about prospects or opportunities. A live chat feature on the website sends data back into the CRM system too.  “It’s almost too popular,” said Smith, and the business is evolving intuitive FAQs to help B2C customers self-serve.

For marketing purposes, Oracle’s tools “give us the ability to create snappy, powerful content in minutes, and track open rates and click-throughs.”  It’s a work in progress, Smith emphasized. “In six months the data will start to help tailor how we approach the customer.” And T.H. March doesn’t intend to make that approach via sales pitches, but by helping customers understand topics around security and risk mitigation. Campaigns, orchestrated through Eloqua, will disseminate information. “After all,” said McFarlane, “we’re not selling a tangible product. We’re selling paper.” (Consistent with this approach, the company is a founding sponsor of SaferGems, an international initiative against jewelry and fine art crimes.)

The business is also seeking to improve its social profile—previously “too insurancey and salesy,” said McFarlane. The team recently met with an agency to develop a social content strategy based around engagement. The strategy will be executed through Oracle Social Cloud, which is already helping with real-time social listening.

“We got into data early on,” said Owens. DX Marketing was founded in 2001. Initially it was “heavy in hospitality–that’s my background,” Owens said, but has moved into telecoms, financial services, healthcare, luxury real estate, and retail (it was one of the first to manage a data-driven supermarket loyalty program).

“We were pretty engrained with Epsilon,” Owens said, “but it was taking four to seven weeks to onboard a new client and model their data. We hired a data engineer with an Oracle background, and he told us we could build [a new data management environment] ourselves, or use SAS or use Oracle. It would have taken a year to build it ourselves. SAS could house all the data, but without any bells or whistles. With Oracle, you could put the data in the cloud, and use powerful analytical tools to manage it.”

After taking the decision to move to Oracle back in February 2015, it took about four weeks to turn over their customer data to Oracle and have a “full suite” of tools on top of it.  Since then, onboarding new clients has been faster, and customer profiles have been updated daily. What’s more, Blue Kai offered 37,000 possible data points for each customer (compared with 800 on their earlier system). Profiles became correspondingly more granular. Whereas DX Marketing had previously built the customer view around demographics, lookalike data, and the “hope” that they were “in market,” the enormous number of additional Blue Kai triggers is driving twice the response rate to marketing messages.

DX Marketing is “firmly in the acquisition space,” said Owens. Owens estimates that, using Blue Kai as data partner, the cost of customer acquisition for their clients has been reduced from $320 to $32—a result he described as “eye opening.” In a case study he shared, DX Marketing created a prospect modelling program based on over 100 million records from a national micro-loan company. Highest scoring prospects were loaded into Oracle Marketing Cloud, automating the launch of hyper-targeted display ads. After four months, the client saw its attributable acquisition costs drop 62 percent.

As I spoke with him, he was completing the formalities to sign up for Responsys, which he expects will provide him with data on customer touchpoints, and start “doing attribution for us,” before the data reaches Blue Kai; as customers open emails, or see direct ads or Facebook posts.

The structure of the cloud

To get a better idea of the scope and structure of the offerings customers like these are leveraging, I spent some time going over the features of Oracle’s marketing cloud offering with John Stetic, Oracle Marketing Cloud’s Group VP, Products. Essentially, it’s built around three major acquisitions made between 2012 and the end of 2014: Eloqua, Responsys, Blue Kai, and Datalogix.

Eloqua is the B2B marketing automation platform; Responsys focuses on B2C, and Blue Kai—as I’d heard from DX Marketing—powers customer analytics on a large scale, based primarily on online activity. Datalogix completes the picture by offering consumer, household and demographic data relating to offline purchases (retail, CPG, automotive, etc). Whereas Blue Kai offers digital intelligence for customers to add to their own offline transactional data, Datalogix aggregates and maintains its own offline data set, and integrates with Responsys.

You cannot be successful without an open platform

Stetic explained the marketing cloud’s expansion into the ad tech space. He reiterated that one of the key differentiators of the marketing cloud is that it’s an open platform—”With the multiple channels marketers want to interact with, you cannot be successful without an open platform.” Oracle marketing data can be driven into demand-side platforms like Mediamath to build relevant audiences and buy media against those audiences. “We’re connecting marketing technology with the ad side,” he said.

As previously reported, Stetic also updated me on enhancements to the marketing cloud announced at Openworld.

Recent decisions made by the PRC call its power into question

Postal rate increases recommended by the new Postal Regulatory Commission – or at least, most of them –… 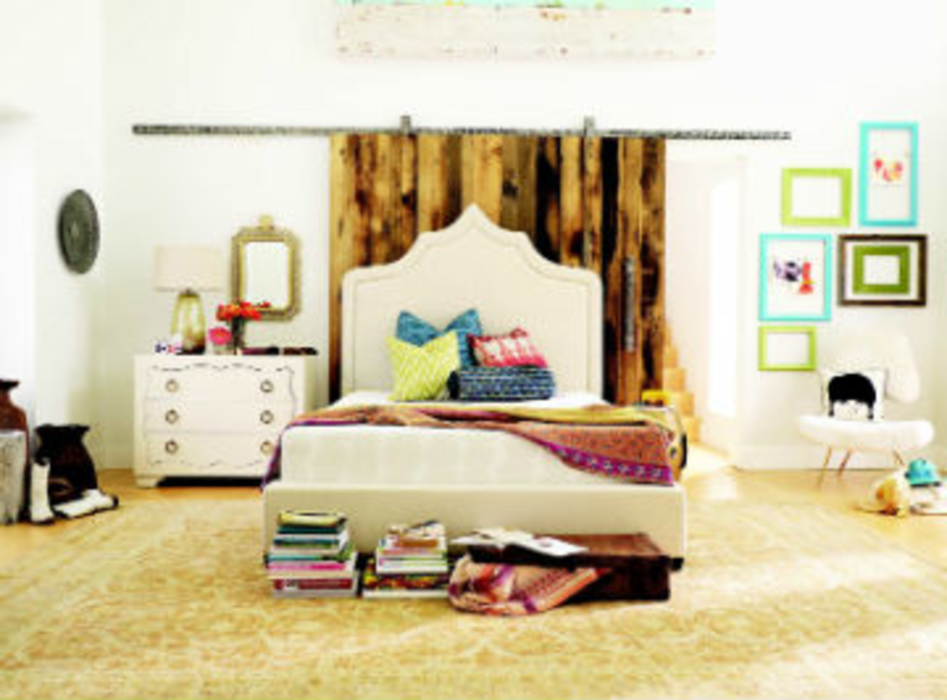