Michael Levey, host of the “Amazing Discoveries” infomercial and pioneer of the demo DRTV format, died Aug. 2 after an illness. He was 55.

Levey, who along with Stephen Weber and Steve Moore founded Positive Response Television, launched the “Amazing Discoveries” infomercial series in 1989 on the principle that the product should be the focus of the show. The show was an early example of the demo format, which features a product on a stage and a host who gives demonstrations and talks to the camera or gives an interview to a co-host, according to Hawthorne Direct’s online DRTV glossary.

“Amazing Discoveries” was filmed in a studio before an audience and featured Levey as the host. He gathered a following of fans who watched just to see what style of sweater he would wear during the show. Levey was once known as “the most watched man on television” and sold about $1 billion worth of products from the show’s launch until its end in 1997, Weber said in an interview last week.

“Amazing Discoveries” also was the first episodic infomercial, returning with the same personalities repeatedly like a television show, Weber said. Nearly 100 episodes aired. Weber also credits Levey with doing as much as anyone to turn infomercials into a legitimate sales avenue. Levey eschewed celebrity hosts, the most common practice of the day, and introduced products that would become DRTV stalwarts, such as kitchenwares and exercise equipment.

“We introduced hard products,” Weber said. “We used the product as the star instead of a celebrity.”

National Media purchased Positive Response in 1996. Levey continued on with National Media for a short time after that, Weber said.

A memorial service will be held 1 p.m. today at Mount Sinai Memorial Park in Los Angeles.

Designs Inc. has been selected to buy most of the assets of the bankrupt Casual Male Corp. Designs… 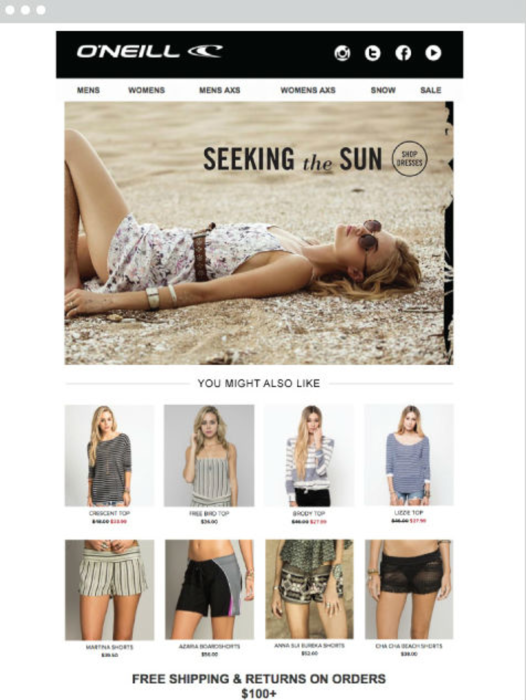 Personalization is all about creating tailored experiences for individual consumers. But because customers traverse channels while researching and…